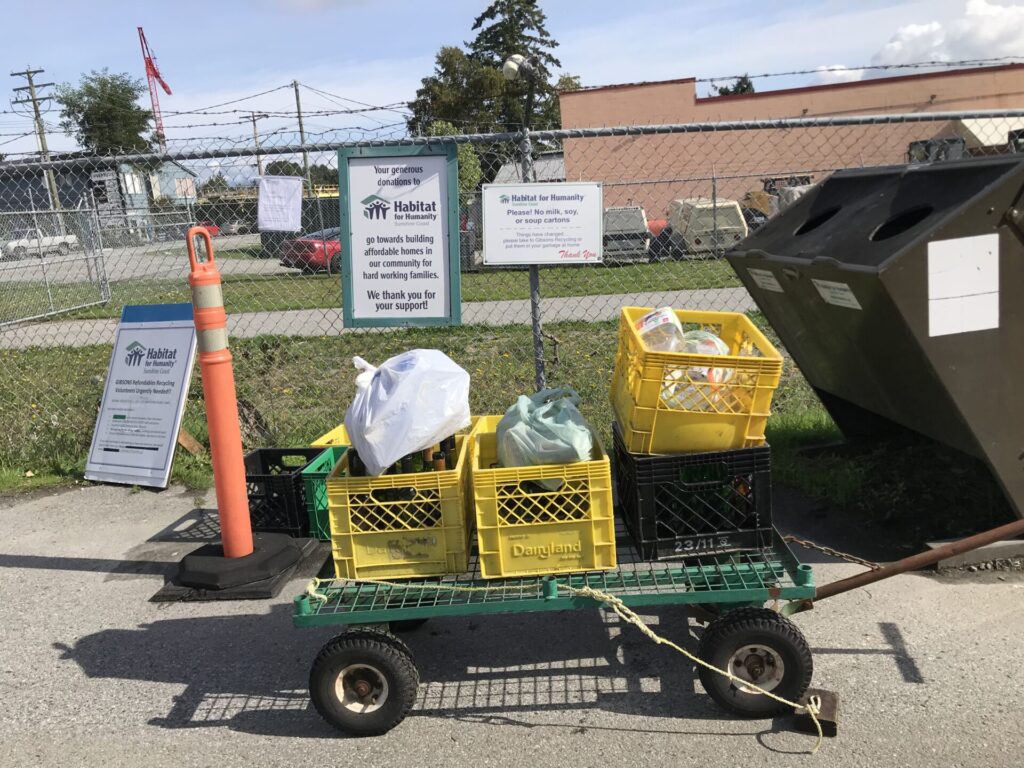 We invite the Gibsons and area community to drop your cans and bottles at 1035 Venture Way. ALL FUNDS from the cans and bottles goes to building homes. Habitat will soon announce the start of construction of the final homes at The Village at Wilson Creek. 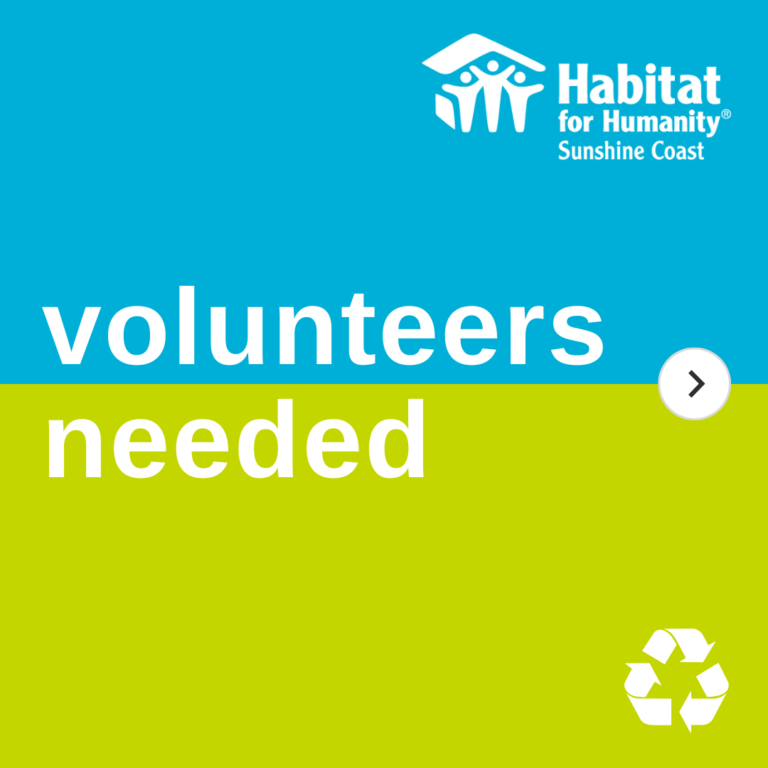 Volunteer position description:
– Short shifts to be shared between a few volunteers
– Located at Salish Soils – 5646 Schetxwen Rd, Sechelt
– Manage all aspects of refundables handling and related work
– Ensure that work area is safe and highly organized at all times

If you are interested in volunteering or have any questions, we would love to hear from you. Please email volunteer@habitatsc.ca. 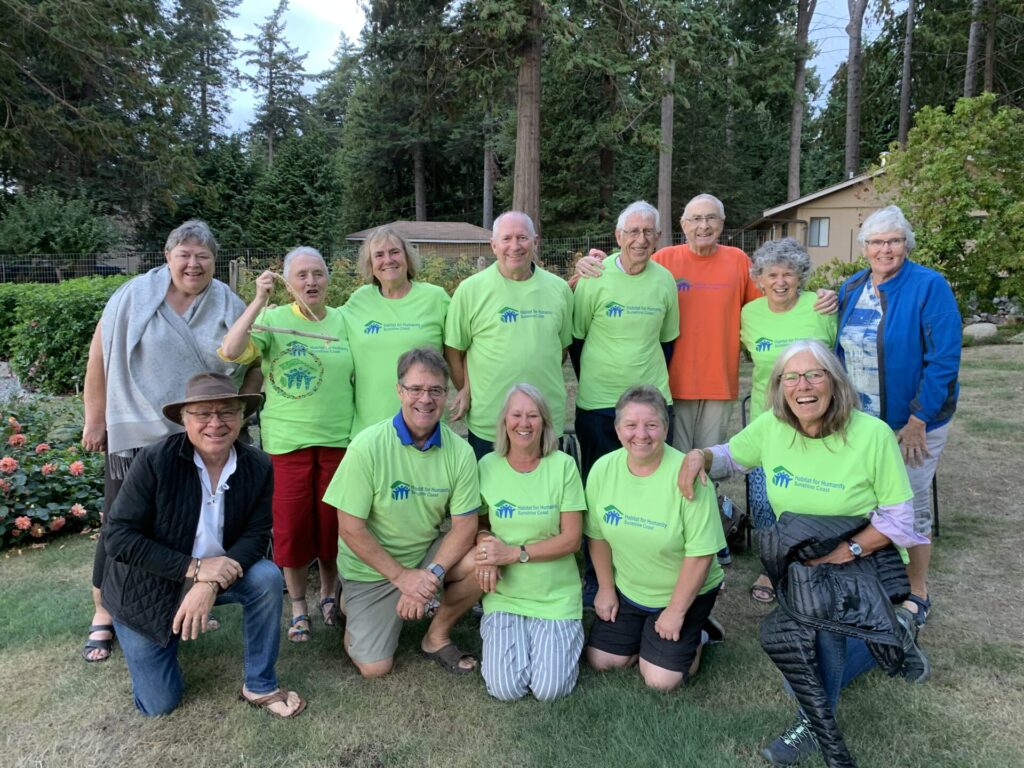 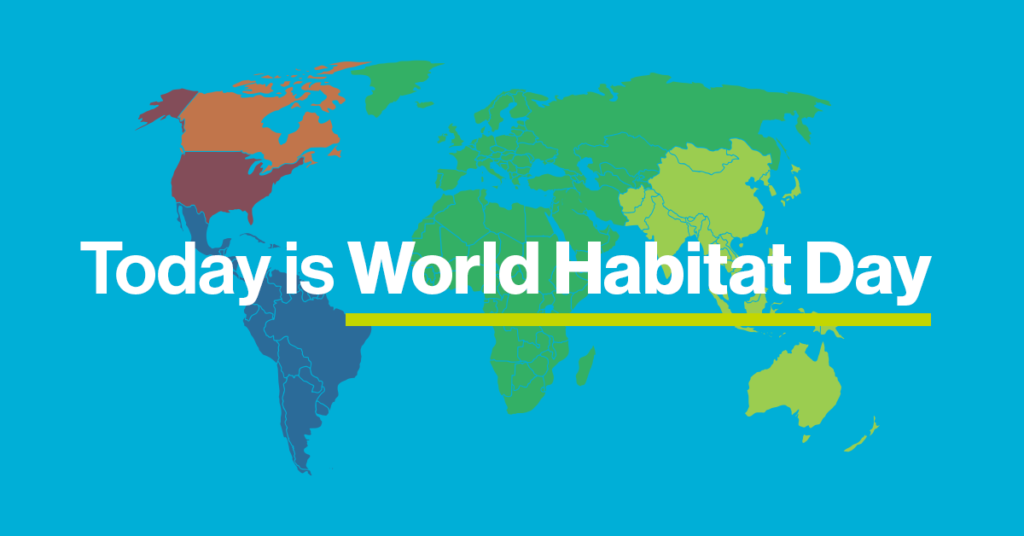 Did you know that only 42% of Canadians are likely to recycle household furniture like chairs, couches or lamps, compared to items like cans, bottles, cardboard and paper? This World Habitat Day, visit a Habitat ReStore and contribute to diverting more waste from landfills while also supporting affordable housing in your community.

Lori LeMay and Tim Hoffman volunteered at Habitat Gibsons Recycling on their 24th wedding anniversary. In this video they are rocking it! What a team. Such dedication! Tim and Lori observed that we could not count on them next year on their 25th!

Members of the Sunshine Coast community interested in volunteering at either the Sechelt or Gibsons Recycle operations should email volunteer@habitatsc.ca. Typically a volunteer is asked to commit an hour or two once a week. If you are not able to make a firm commitment to a regular schedule then we can list you as a ‘floater’ and add you to a team at times that work for you. 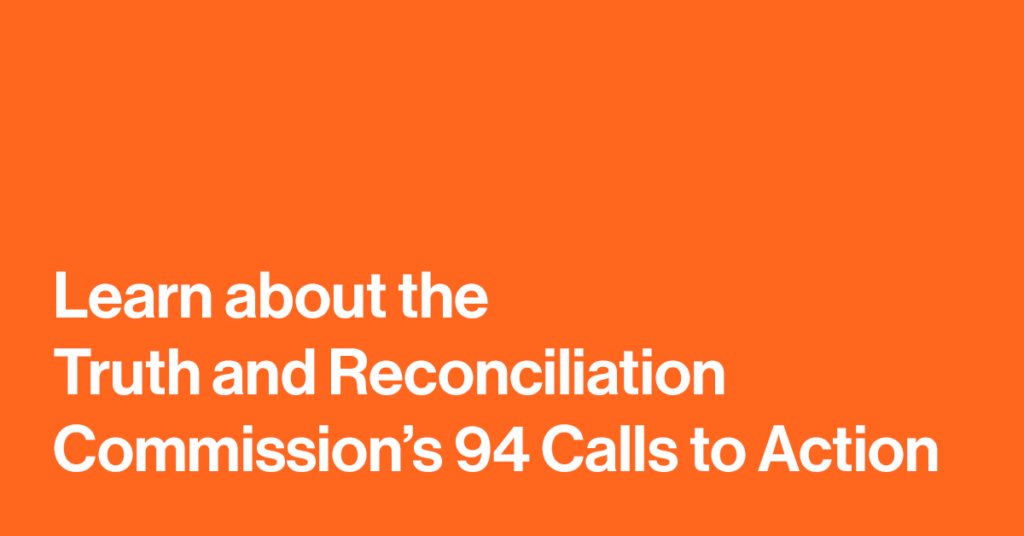 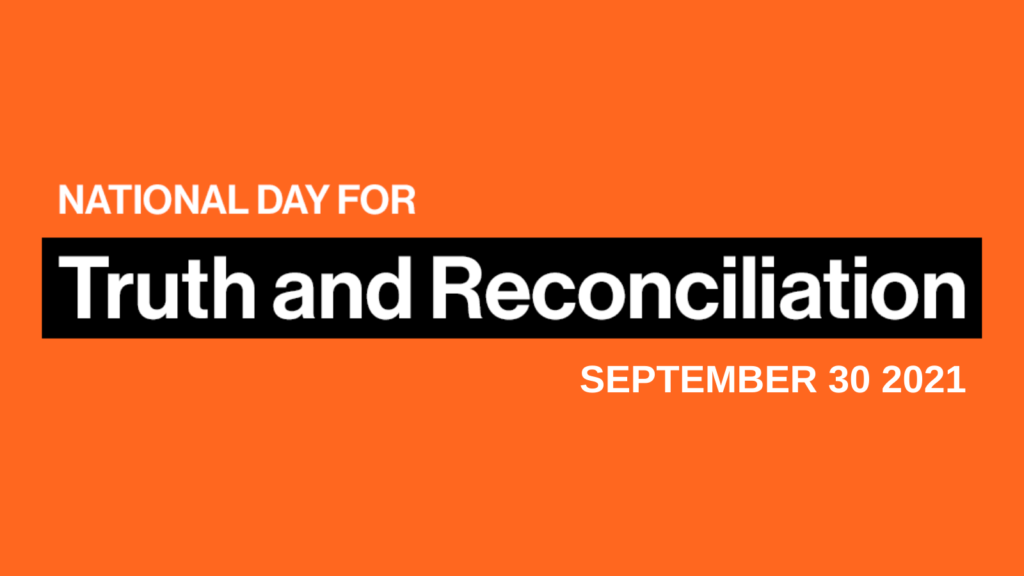 On the National Day for Truth and Reconciliation, Habitat Sunshine Coast will recognize the tragic history and ongoing legacy of residential schools with a day to reflect, and to remember and honour the survivors, their families and communities. We invite our staff and all Canadians to observe this day by participating in activities and education related to Truth and Reconciliation. 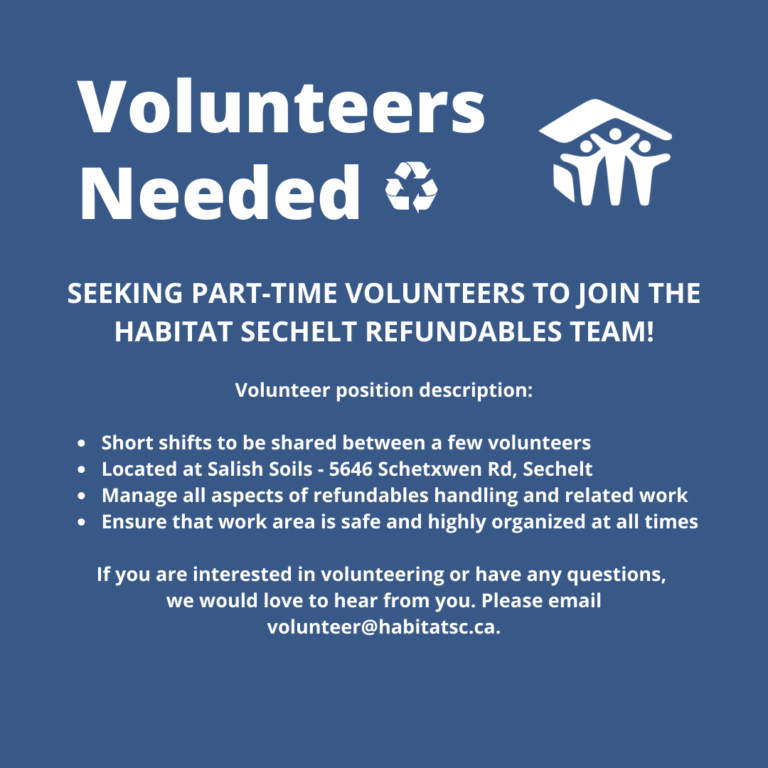 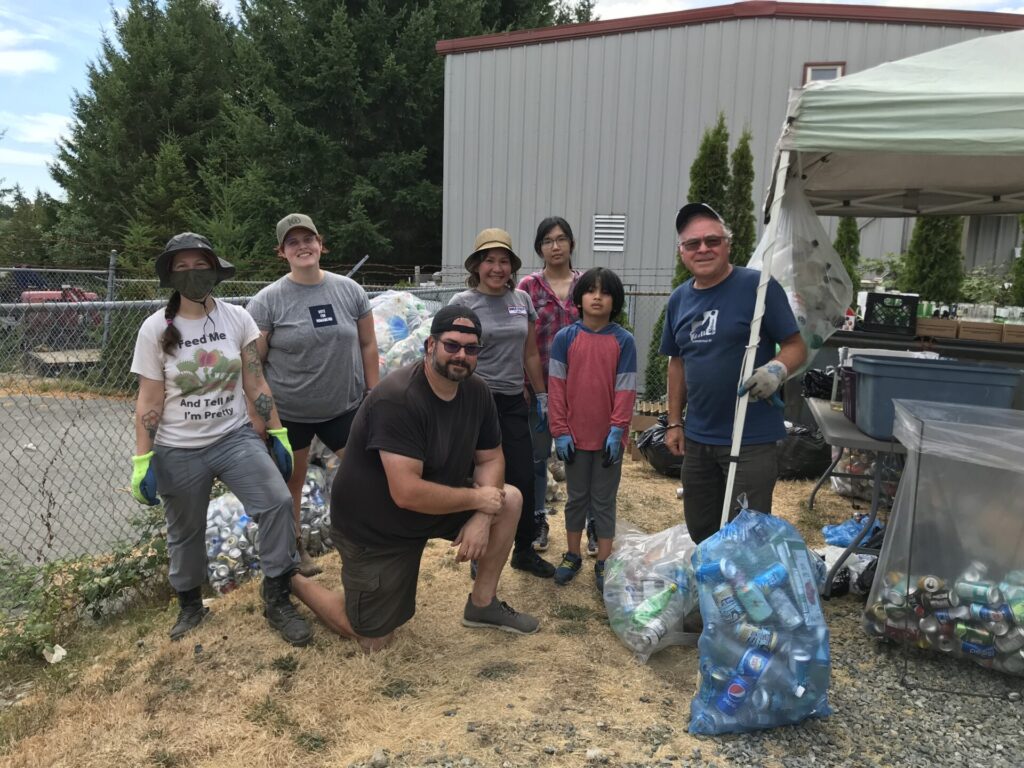 First to express thanks to six locals who came forward to volunteer to help out at Gibsons Recycle Operation. Much appreciated. They will be going to work this coming week. We would like to find another SIX (6) volunteers, and with the added number assure all volunteers that they would have no more than one short 1 – 2 hour shift a week. Please consider and send an email to volunteer@habitatsc.ca to learn more.

Here are a few volunteers gathered at the Gibsons site to help clear the large backlog of cans and bottles, which, thankfully, has now been accomplished. Going forward we will work on the old phrase, ‘many hands make for light work’. Your volunteer contribution will help Habitat raise $100k from our recycling operations at Gibsons and Sechelt. 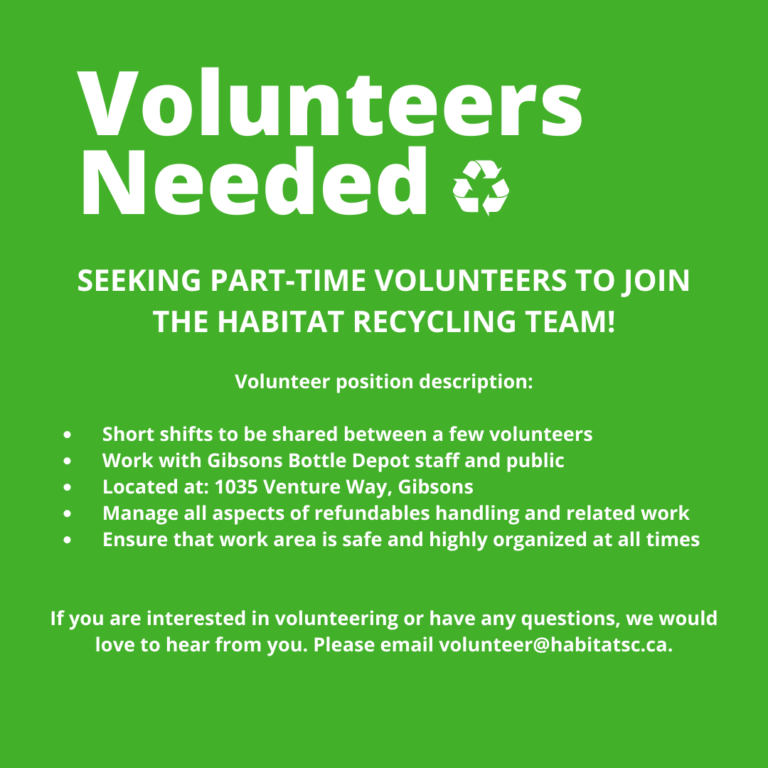 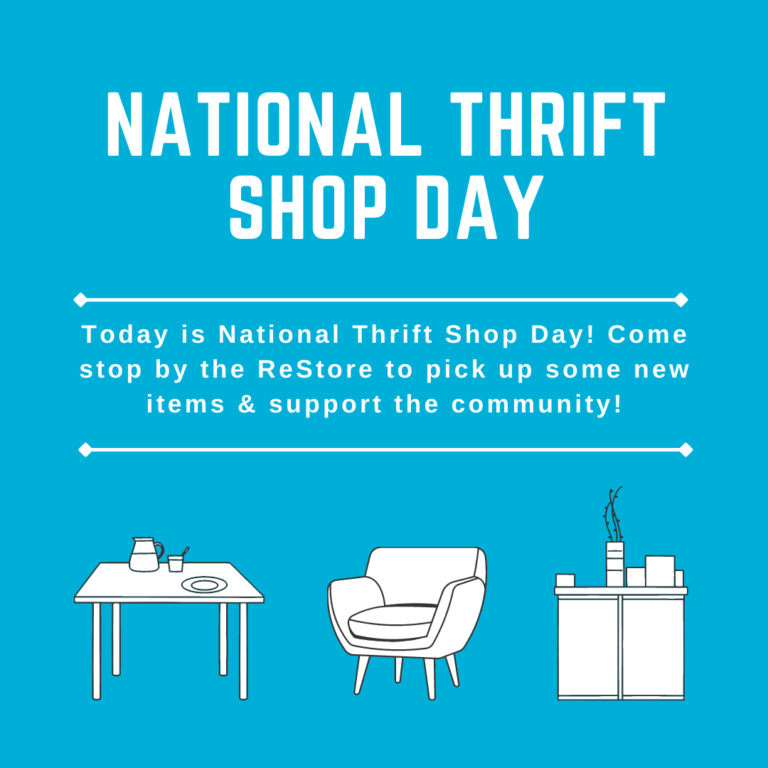 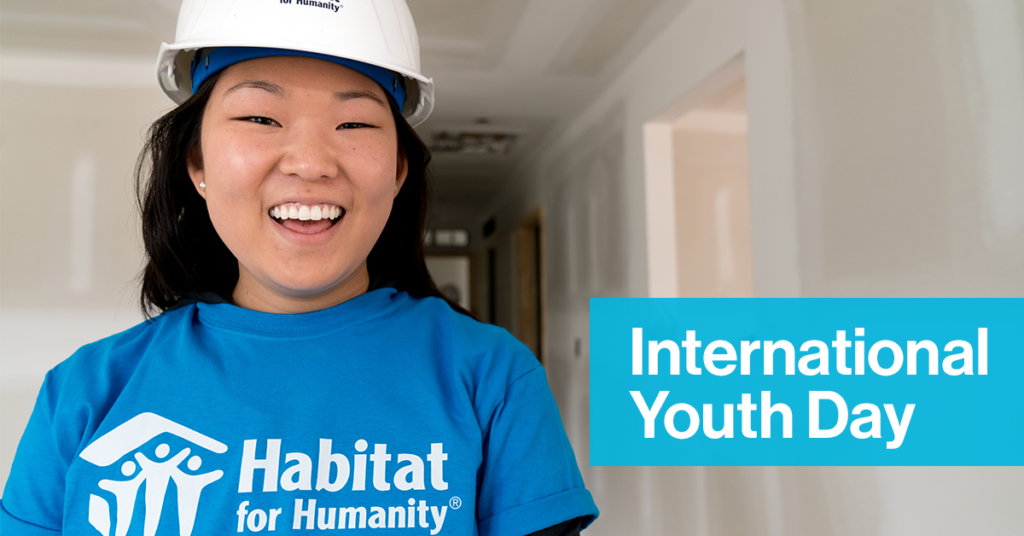 Happy International Youth Day! At Habitat for Humanity Sunshine Coast, we believe in the transformational impact of affordable housing. By partnering with local families and community members, we help provide safe, affordable housing, supplying youth with safe spaces to live, learn and grow. 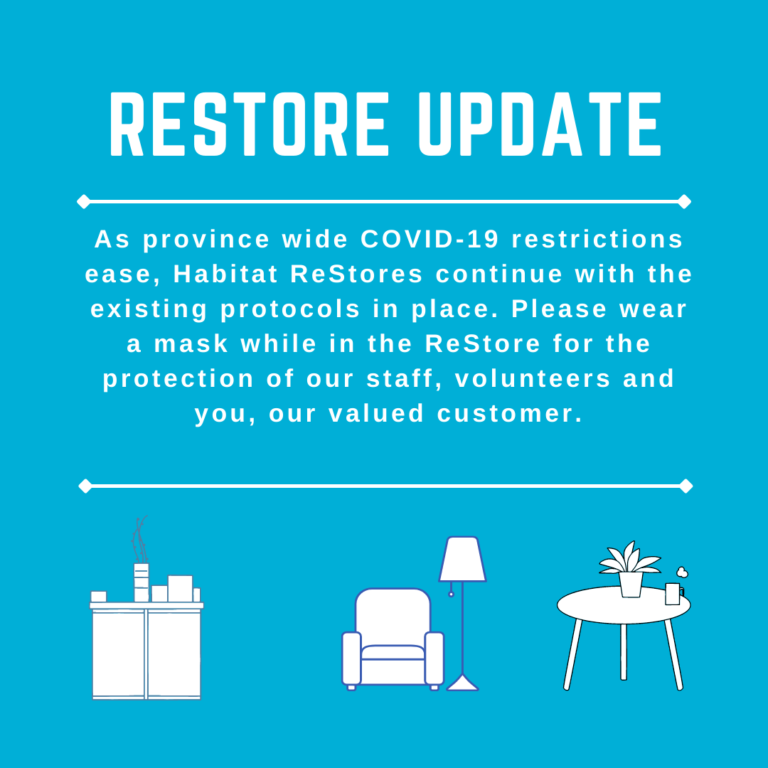 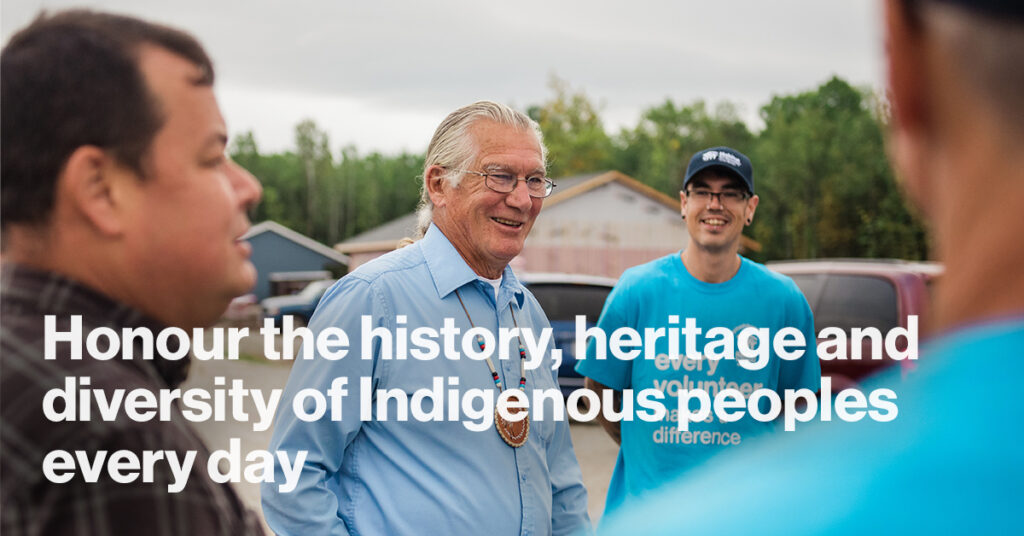 While Indigenous History Month is coming to an end, the responsibilities of allyship should be permanent. If you are non-Indigenous, continue to utilize the many valuable resources that exist and honour the history, heritage and diversity of Indigenous peoples every day. Learn more yourself, and start conversations with your family, friends, and community. 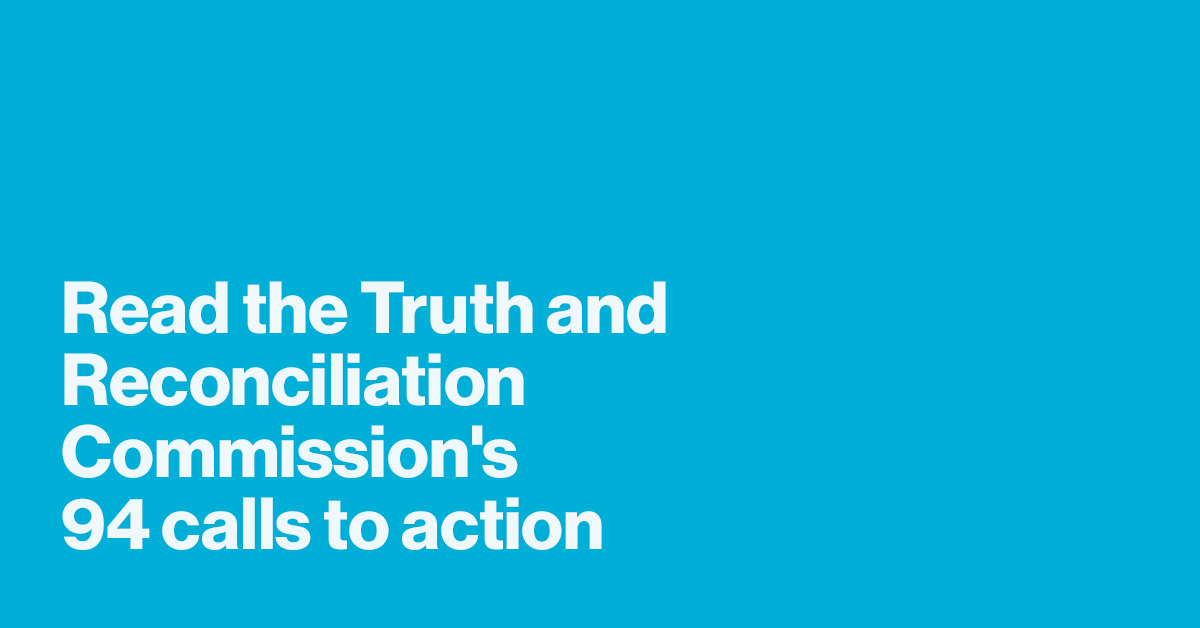 This Indigenous History Month marks the 6th anniversary of the Truth and Reconciliation Commission’s closing ceremonies, which concluded with the publishing of their 94 Calls to Action. Take the time to educate yourself, and others, on these important calls to action and their findings: https://bit.ly/3weSZzb 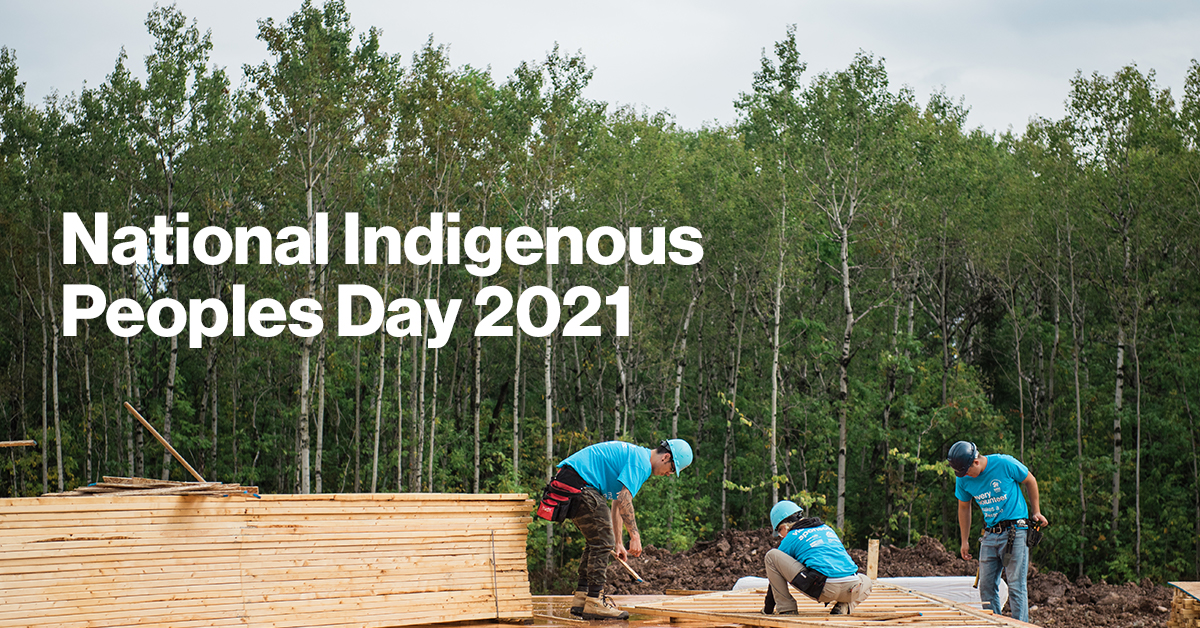 Today is Indigenous Peoples Day. On this day — and every day — we celebrate all Indigenous peoples and communities, including our Indigenous partners across the country. While commemorating this day, it is important to understand what allyship to Indigenous peoples looks like. Anishinaabe-kwe scholar Dr. Lynn Gehl’s Ally Bill of Responsibilities is a helpful resource: https://bit.ly/2SqLNS0 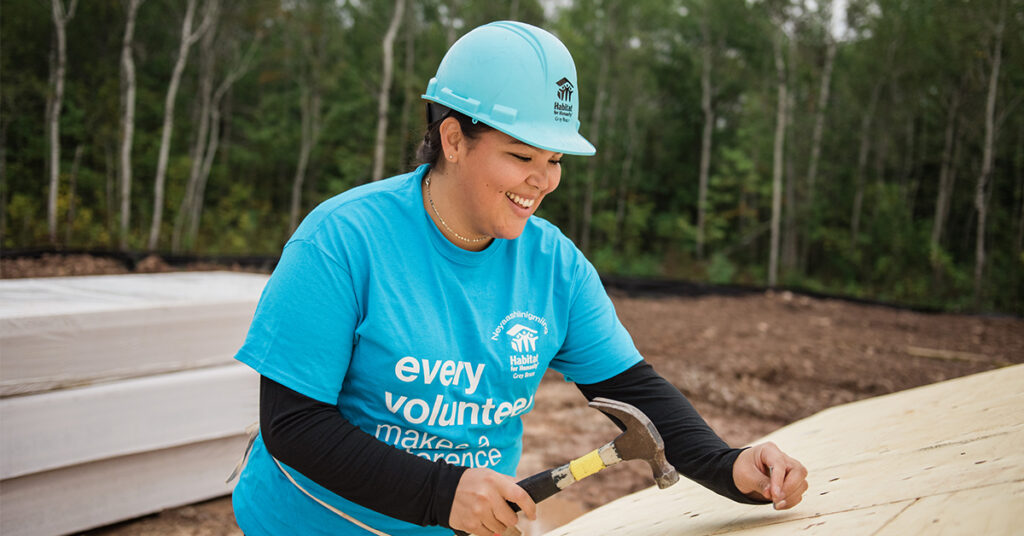 June is Indigenous History Month. Habitat for Humanity in Canada is proud to have partnered with 22 Indigenous families in 2020, building a path to safe and affordable housing. But there’s more to be done. Through our Indigenous Housing Partnership, we’re committed to finding housing solutions that are by and for Indigenous communities and fostering equitable partnerships rooted in respect for Indigenous culture. 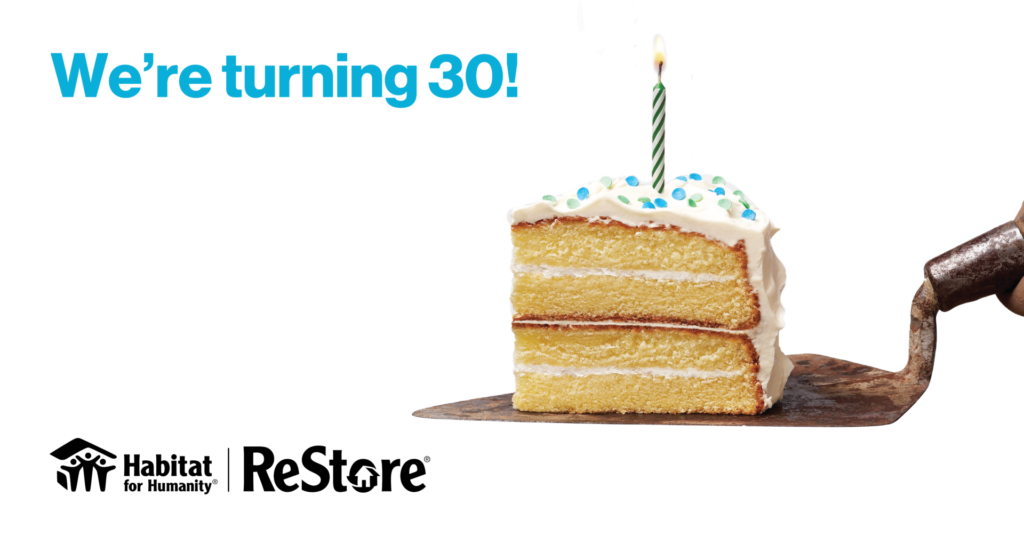 We’re celebrating the Big 30 and we’re open for business! Shop or donate to our ReStore, which benefit Habitat for Humanity Sunshine Coast & address affordable housing in our community. #ReStore30 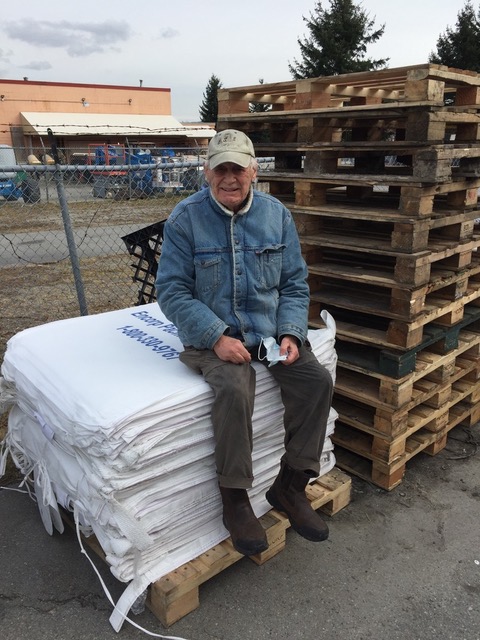 Murray Drope started his volunteer work with Habitat for Humanity Sunshine Coast working at the recycling operation in Gibsons in 2004. At this time, Gibsons’ recycling operation was larger than Sechelt’s. Murray volunteered Tuesday and Friday mornings, recycling in the parking lot up from IGA. He started as and remained the volunteer driver, going to and from the Gibsons Bottle Depot.

Murray has always been ‘on the job’ no matter the weather. The ‘reward’ for Murray was time to dry out or warm up at Timmy’s with other members of the team. “Murray played a key role at Gibsons recycling for almost two decades,” said Habitat Sunshine Coast CEO Mark Powell, “Murray and so many other volunteers help Habitat deliver much needed housing on the Sunshine Coast.”

Murray has held the Gibsons recycling operation together throughout all the years since, working tirelessly with Gibsons Bottle Depot to keep the building funds for Habitat coming in. It is estimated that because of Murray’s contribution, Habitat brought in more than $100,000 over the years. And Murray’s constant hard work gave Habitat a wonderful public profile in Gibsons.

“Murray was always an excellent manager and the very best volunteer any organization could ever hope for! A million thank yous for his wonderful sense of humour, his selfless commitment to Habitat’s recycling program and for being one of the most loyal supporters of Habitat,” commented Margie Garrard, Habitat’s Recycling team leader for many years.

On behalf of Habitat for Humanity Canada, President and CEO Julia Deans has proudly recognized Murray Drope for his exceptional volunteer service.

Habitat for Humanity Sunshine Coast is grateful and honoured to have had Murray as an outstanding volunteer. 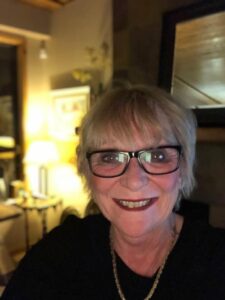 Habitat for Humanity Sunshine Coast (HFHSC) is pleased to announce that Laurie Vance, a long-term supporter and past board member of Habitat, received a $10,000 (USD) TED Grant through their Mystery Experiment program. Laurie has very kindly decided to donate the grant money to HFHSC exclusively towards the purchase of children’s playground equipment and construction of garden areas at the Wilson Creek Village.

Completion of the work will be a collaboration between many members of the community including Habitat members, volunteers and families working towards completing their commitment hours as part of the HFHSC affordable home ownership program.

We are so grateful to Laurie for her continued support and generosity! 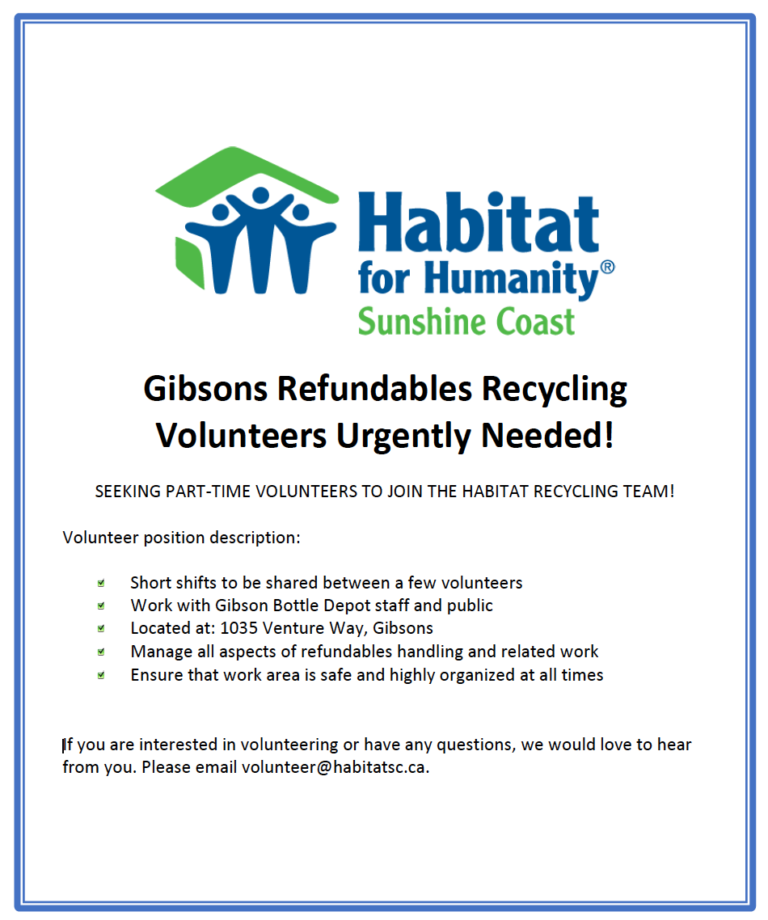 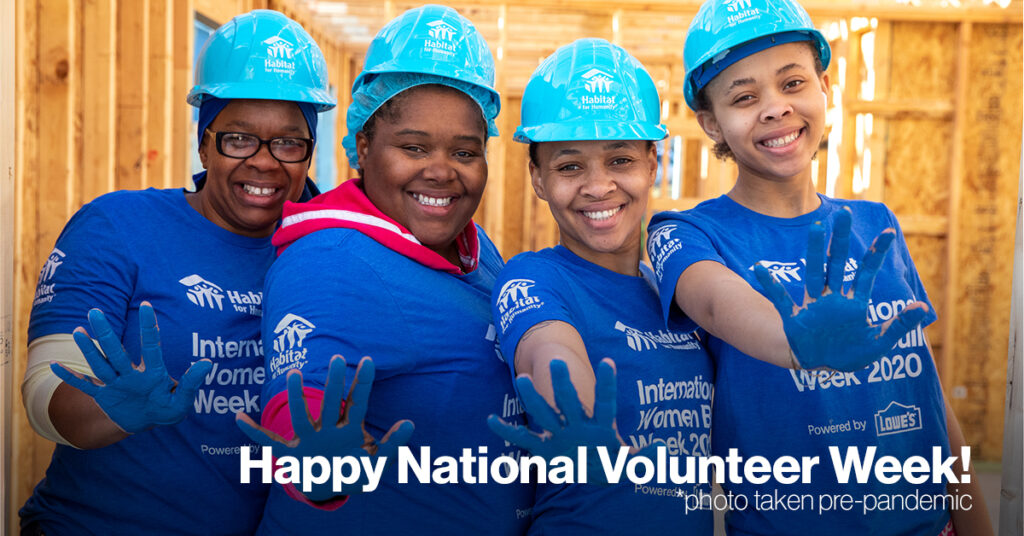 It’s National Volunteer Week! This year, more than ever, we celebrate the unwavering support of all the volunteers who make our work possible. In the ReStore, on build sites, or even virtually — thank you to every volunteer who has dedicated their time and effort to supporting us during these challenging times. You are the heart of Habitat Sunshine Coast! 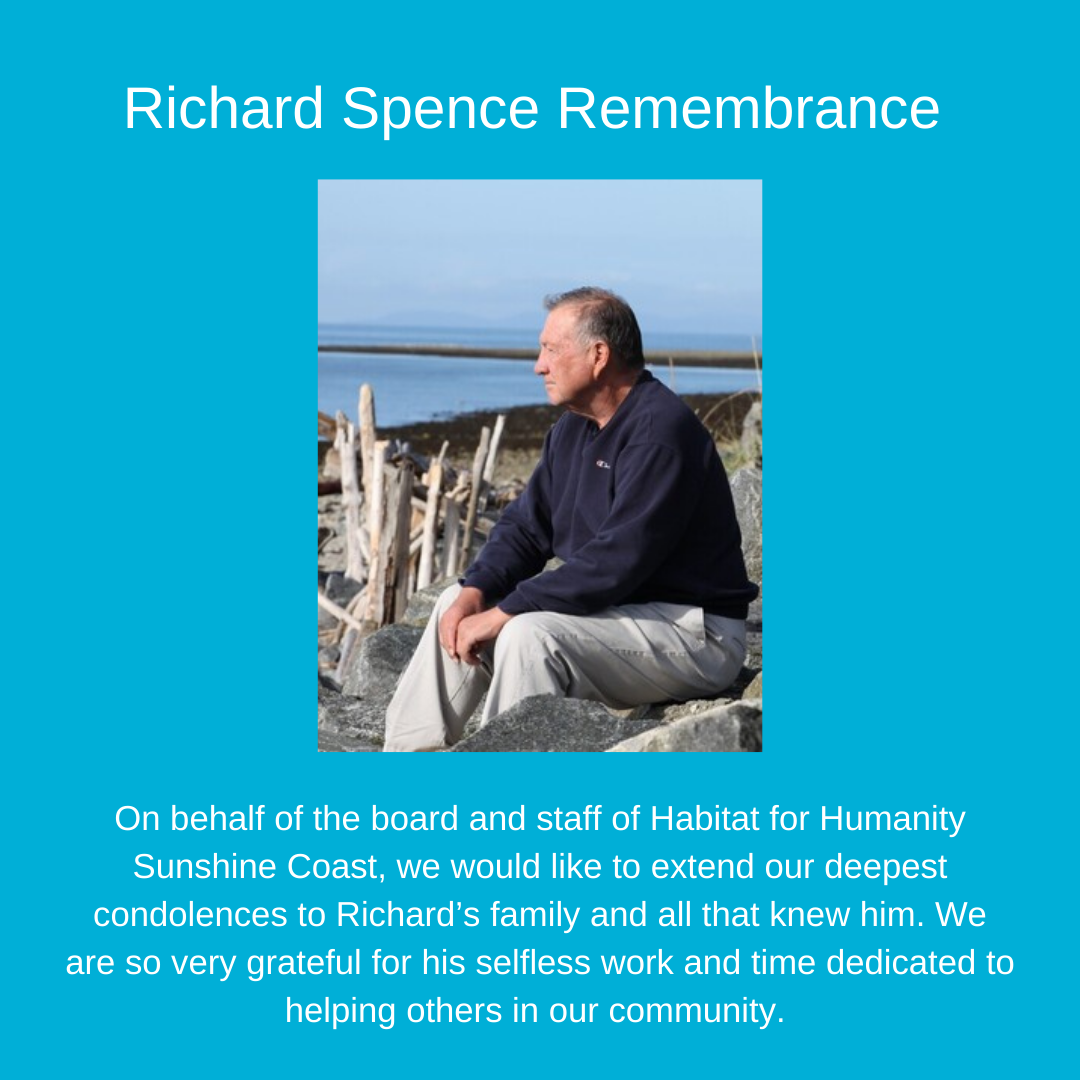 Rich drove the Habitat truck for the recycling operation for many years, volunteering several times a week to sort and count the large loads of donated bottles and cans which provided funding for the construction of Habitat homes. Not only would he handle the loading and unloading of tonnes of recyclables for Habitat, Rich would go overtime to lend a hand with anything the team needed to operate, including planning wonderful potluck dinners with his wife Lee at their lovely waterfront home. Rich was a warm generous host, and loved to see his friends and teammates enjoying social time together. Always friendly, helpful and kind, Rich’s contributions to Habitat will live on by way of the happy families living in Habitat homes he helped provide, and in the sweet memories he leaves all his Habitat friends with. 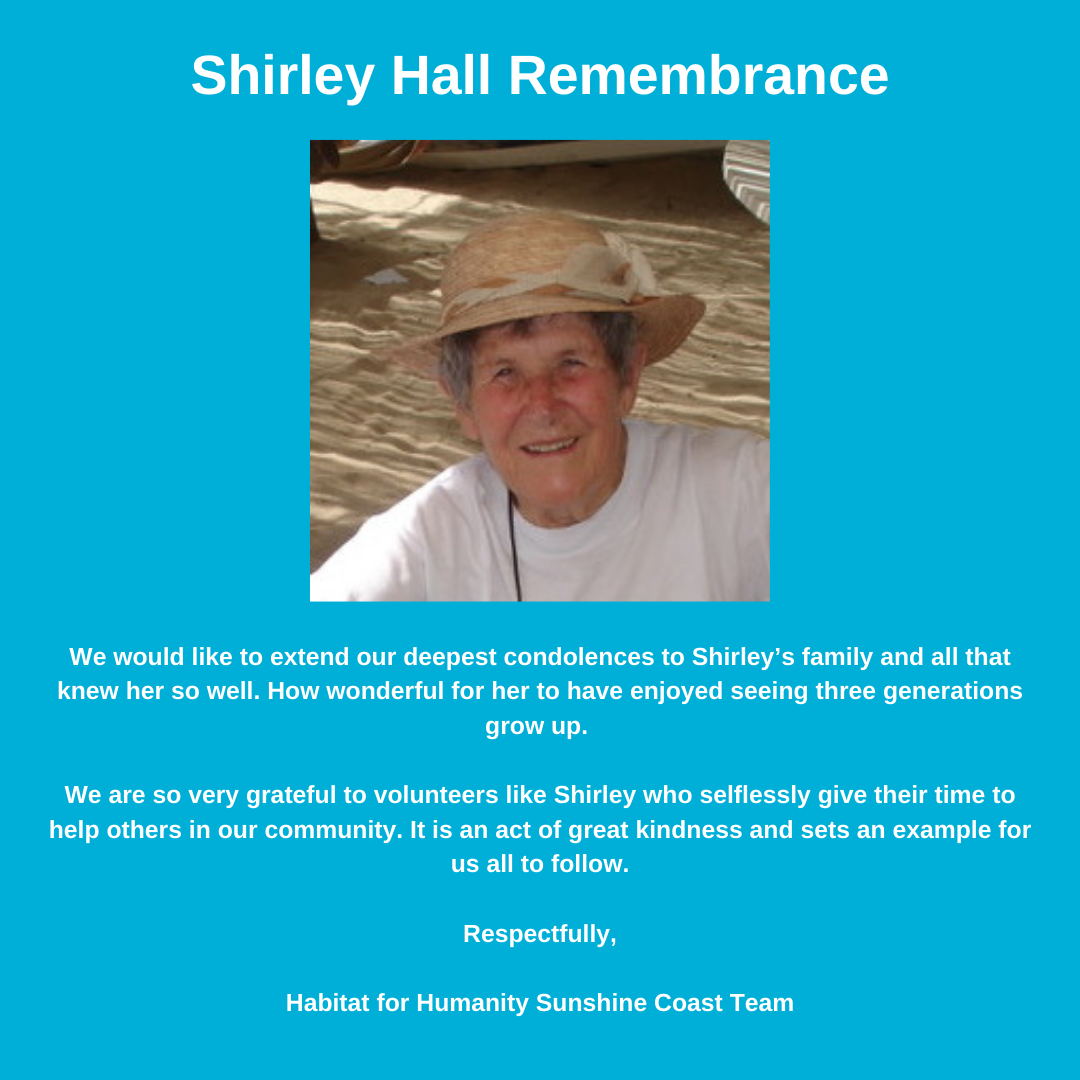 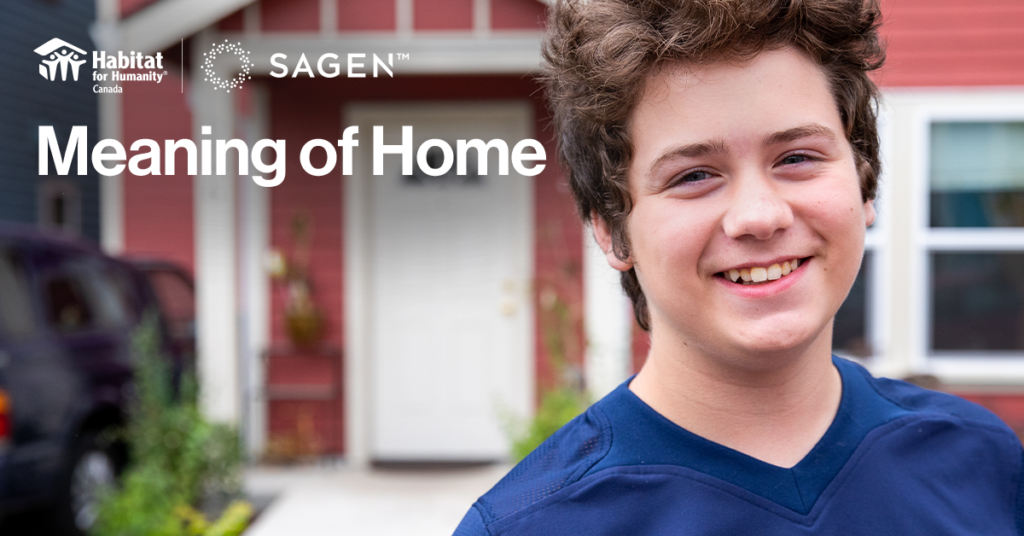 Habitat's 2020 Recap in the Coast Reporter 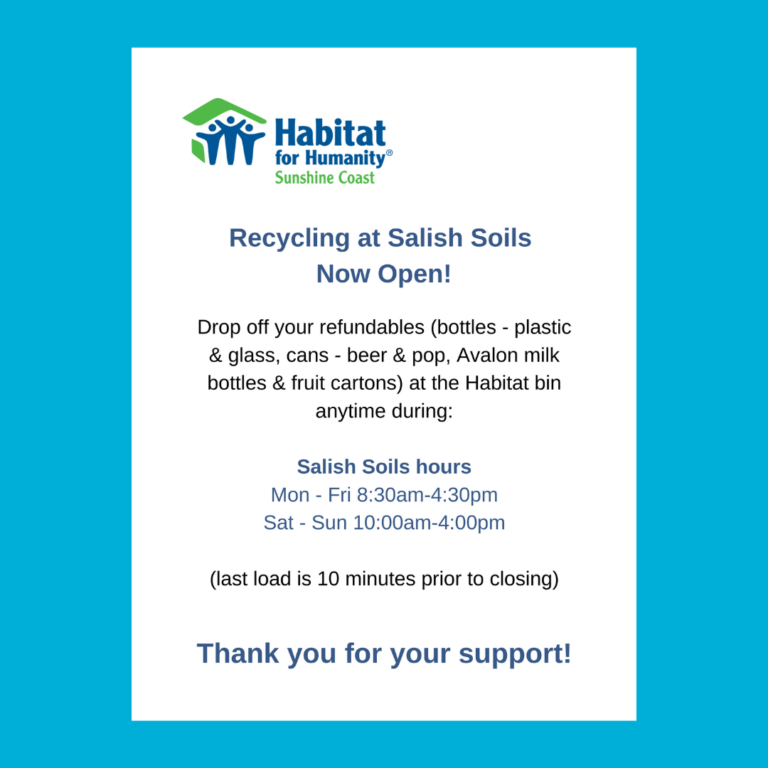 Happy Giving Tuesday! Learn more about how you can help Habitat Sunshine Coast below. Thank you for your support!
Give Today 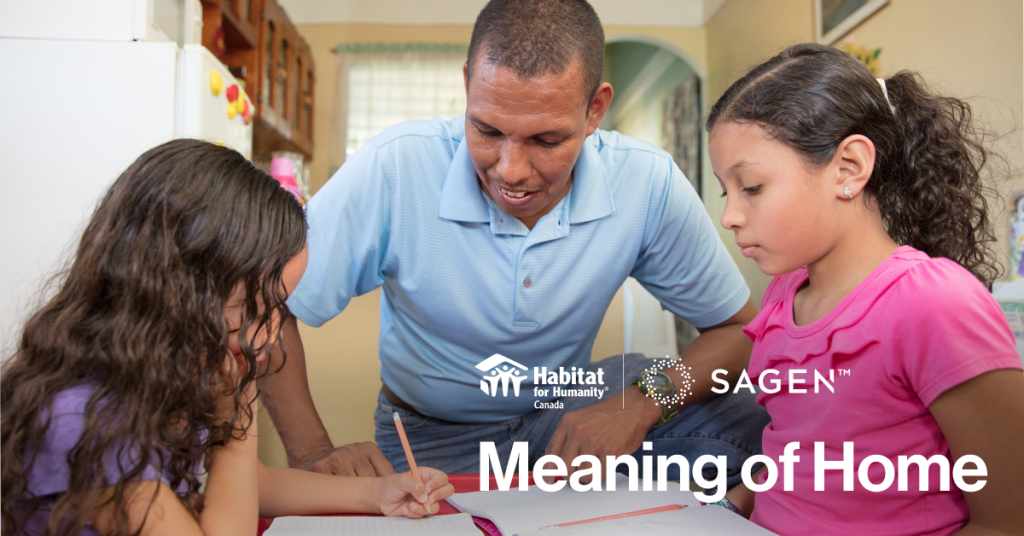 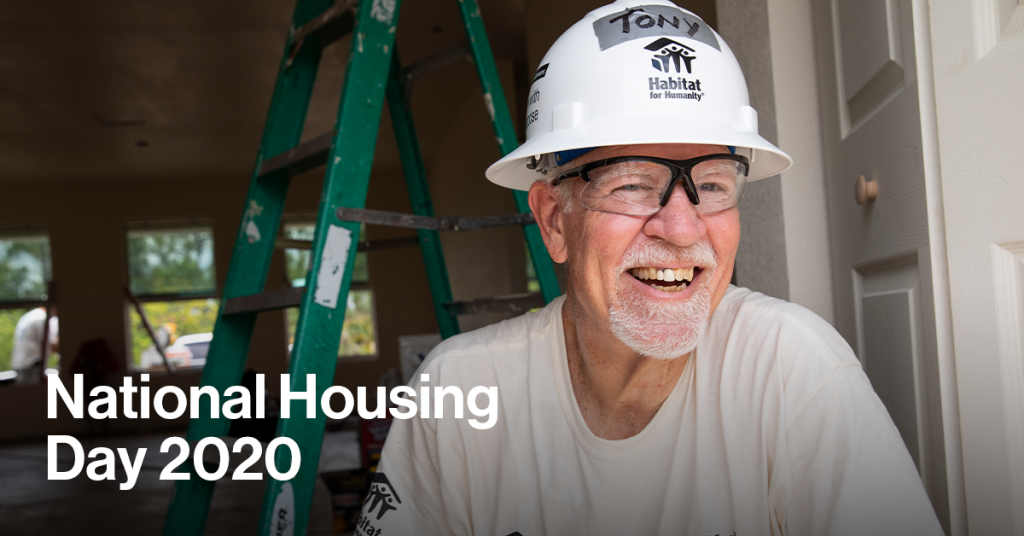 For some of us, home has been the one constant in our lives this year, but for many others living in Canada, the idea of a safe affordable home is still a distant reality. This National Housing Day, let’s work together to make safe, decent and affordable housing a reality for all. #righttohousing

Habitat in November/December 2020 issue of Home on the Coast 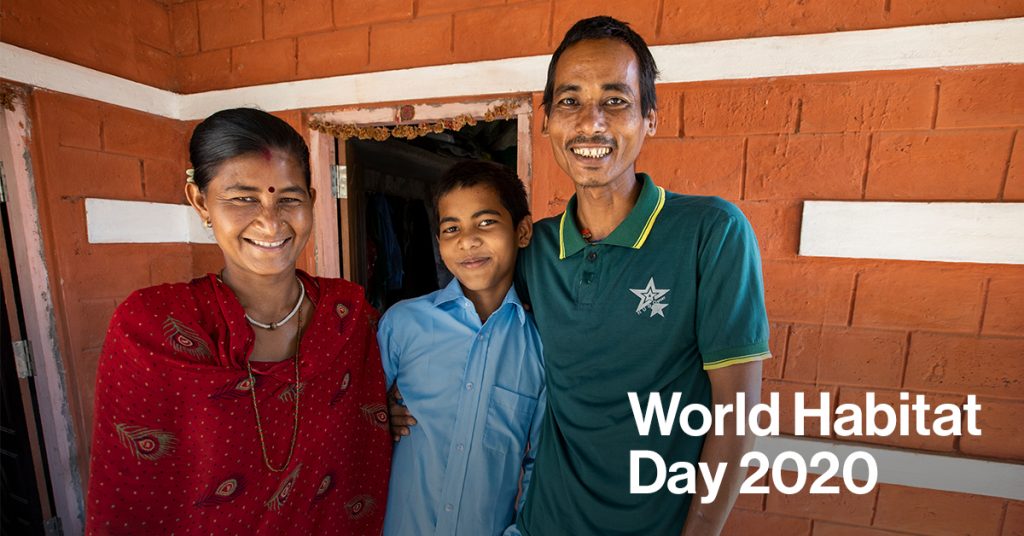 30+ years ago, the UN declared the first Monday of October #WorldHabitatDay, a day to recognize the basic right of adequate shelter for all.

We’re holding a Silent Auction at the ReStore! Come stop by to look at these two beautiful Robert Bateman prints and place a bid! Starting bid for the Great Horned Owl is $300.00, and starting bid for the Big Horn Sheep is $250.00. Bidding ends September 30th. Good luck and thank you!

Habitat Sunshine Coast is so grateful to have been the partner charity for the August 28th and August 29th Sechelt Drive-Ins. Thanks to everyone who came out to see E.T. and Jaws, we had two great sold out nights with you all. A big thank you to Fresh-Air Cinemas, Fortis BC, District of Sechelt and our volunteers for making the event possible! 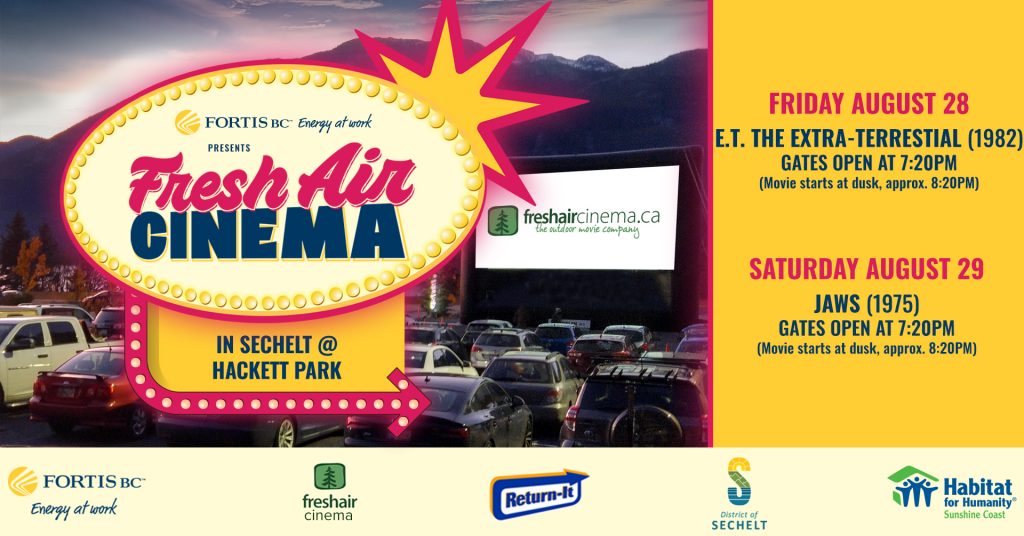