What sets Habitat for Humanity apart…

Habitat for Humanity began in 1976. It is an organization that originated in the United States and has grown to encompass over 100 countries around the world. Our founders, Millard and Linda Fuller believed in the idea of partnership housing and giving a hand up to those in need by working alongside them to build safe, decent and affordable houses.  Habitat for Humanity Canada has over fifty-seven affiliate organizations across the country including one on the Sunshine Coast of British Columbia. Our universal vision has remained the same: A world where everyone has a safe and decent place to live.

Housing for All – We believe that access to safe, decent and affordable housing is a basic human need that should be available to all.

Human Dignity – We believe in the worth and dignity of every human being.  We respect the people we serve and those who help us in this effort and recognize them as our greatest resource.

Faith In Action – We believe that faith is lived through action.  We serve people of all faiths and beliefs in a spirit of justice and compassion.

Diversity and Inclusiveness – We believe there is a role for everyone committed to our vision, mission, values and we seek to enrich our organization through diversity.

Our story begins in the early 2000s at a men’s church breakfast. “We were looking to do something for our community”,  Gwen says. Ed, with his real estate background, was interested in housing. “Habitat was the only organization I had heard of that built homes alongside low income families and tailored their mortgage income to their income. It sounded like a nice organization.” With the support of the Living Faith Lutheran Church in Davis Bay, Ed did the necessary paperwork and the chapter was launched in 2004. The chapter bought some land on North Road in Gibsons for $75,000. “The first house was basically all built by volunteers — 20 to 30 people in all, with 10 or 12 guys working all the time,” says Ed. That’s not to say that the community wasn’t quick to support the project.

When the chapter started its second project, a duplex in Sechelt, Ed, still busy promoting Habitat wherever he could, gave his card to a plumber at a presentation he was making at a school. One day shortly afterward, 18 plumbers rolled up in their trucks and went to work plumbing the entire duplex. The man was Arnold Skei, and his company was Sechelt Plumbing.

As the chapter moved on to its next project, Habitat Village, on the Sunshine Coast Highway in Wilson Creek, more and more volunteers signed on. Gwen thumbs through a book with the names and phone numbers of all the volunteers she could call on for women’s work days. The women would install insulation and do the interior painting. It’s an impressive book. Meanwhile, Ed kept busy mining other sources of revenue for Habitat. He convinced local building supply companies to donate a playhouse kit to Habitat, which volunteers built (on Ed’s boat trailer) and raffled off. Canadian Tire donated a greenhouse kit, which was also raffled off.  “But the main source of income for Habitat is always the ReStore,” Ed says. 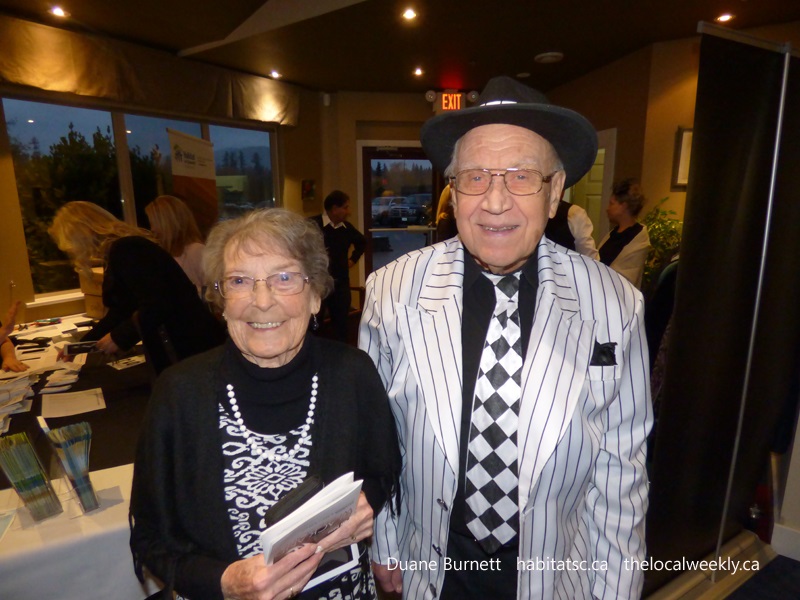 Ed passed away quietly during a morning nap on Wednesday, June 15, just five days before his 93rd birthday. Ed had been a resident of Shorncliffe Care Home in Sechelt for the past year due to mobility issues related to a stroke. He learned to drive his Ferrari Red electric wheelchair with skill and could be seen participating in many functions at Shorncliffe. He especially enjoyed ‘Music with Reg’ each week and maintained his keen intelligence and sense of humour right to the end.

Born in Revelstoke and raised in Field, Ed was the son of a CPR engineer stationed there to drive trains over the ‘Big Hill’ via the spiral tunnel.  Ed graduated from high school in Cranbrook and continued to be a lifelong learner. He moved to Calgary and took a two-year Automobile Mechanics diploma program at SAIT, and completed a four year apprenticeship to become a Journeyman in Automotive Maintenance. He was a gifted mechanic, loved cars and had an eclectic assortment over the years. British sports cars like TR4 and TR6 were bought, repaired and then driven before being sold again in order to get the next deal.

Ed had a variety of jobs in Calgary and throughout his life, including becoming Operations Manager at the Hudson’s Bay Company , managing a Beaver Lumber Store, and becoming a realtor — first with Cowley & Keith, and later as one of the first realtors to join ReMax in Calgary.

Ed was a good water skier and snow skier, becoming a member of the Sunshine Village Ski Patrol. He liked to take Sunday drives with family, vacation in the Okanagan, and was a dedicated member of the Lutheran Church, being a charter member & congregational chair in two fledgling churches.

In the early 1980s Ed and Gwen bought property on Ruby Lake on the Sunshine Coast and though already in their 50s, built a pre-fabricated cedar home kit by themselves. Once a permanent move was made to Ruby Lake, Ed worked as a realtor with ReMax in Sechelt, bought briefly into a TV store in Sechelt, and installed satellite systems up and down the Sunshine Coast.

Although Ed retired from formal work in his 70’s he always was involved in something. Habitat for Humanity was one of his most passionate projects, and he played a key role in bringing the organization to the Sunshine Coast, opening the ReStore in downtown Sechelt, and served on its National Board.

Ed was predeceased in 2021 by Gwen, his wife of over 70 years. He leaves behind four children —David, Cathryn, Wendy, and Elaine — and many beloved grandchildren, great grandchildren, nieces, and nephews, all of whom will miss him greatly.

"I was so overwhelmed and excited at the same time. Could this be possible?"
Danielle
Family Member

Meet Our Families
"I am humbled, with deep gratitude, dreaming of all the wonderful years awaiting us in our new home."
Kat
Family Member 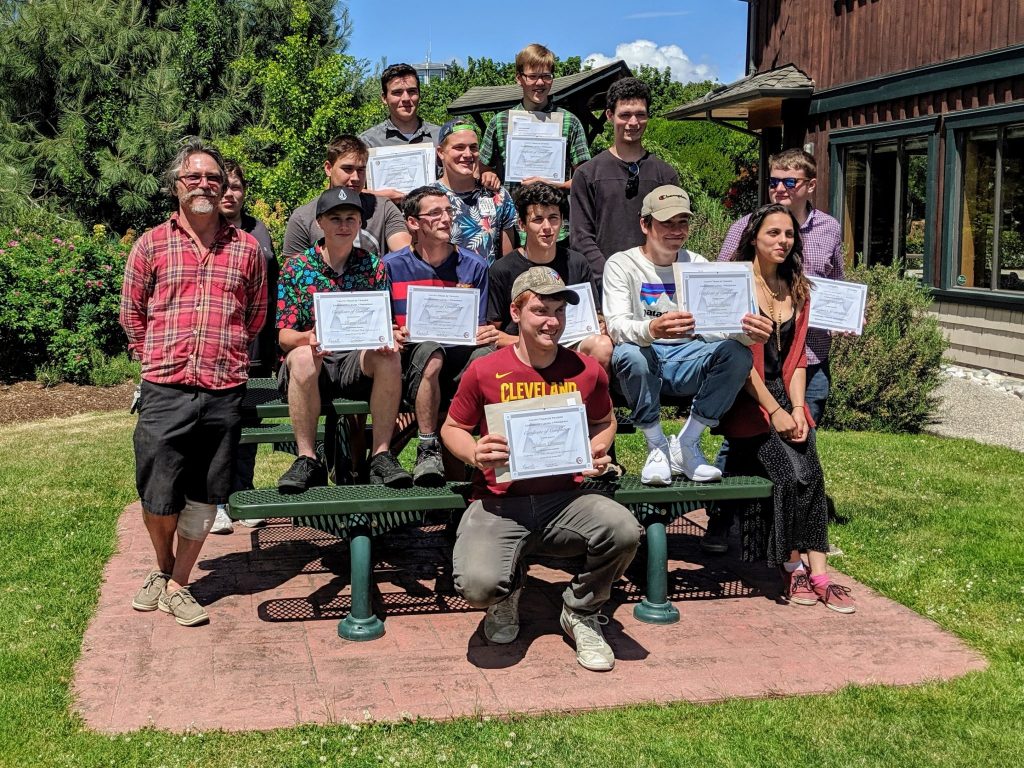 Each year, the students from the Train in Trades program have helped raise the Habitat for Humanity village in Wilson Creek. This year, it was garden sheds for the backyards of every home that were crafted by the talented young apprentices-to-be.

Through the Train in Trades program, students can gain on the job training, while also earning credits toward their graduation and a post-secondary credential. 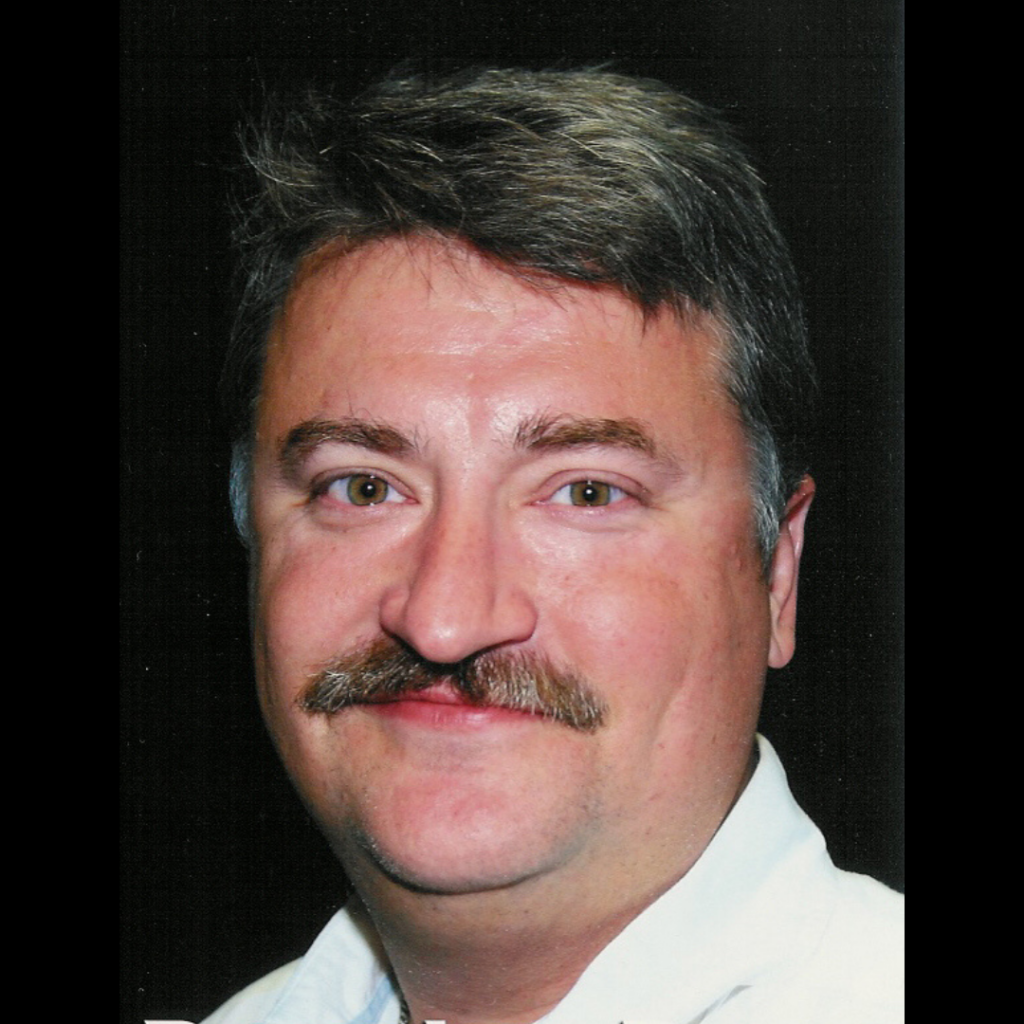 About Douglas Dunn, M.B.A., C.F.R.E.  (Certified Fund Raising Professional)
Douglas Dunn has been active in the not-for-profit sector for over 46 years as well as being a successful entrepreneur taking two companies public.  A Rotarian as well as founder, director, and member of over 30 non-profit organizations, Mr. Dunn has been active in a diverse range of organizations ranging from the Fine & Performing Arts to E-Commerce.

Committed to improving the quality of life for British Columbians Mr. Dunn has spent the last two decades working with social welfare organizations such as Big Brothers Big Sisters of the Fraser Valley, B.C. Council for Families, and SOS Children’s Villages B.C.  Mr. Dunn stated, “The opportunity to work with Habitat for Humanity Sunshine Coast was irresistible.  I am delighted to join the Habitat team and embrace their community building focus which is making a significant contribution to local low-income families by giving them stability and self-reliance through providing affordable housing.” 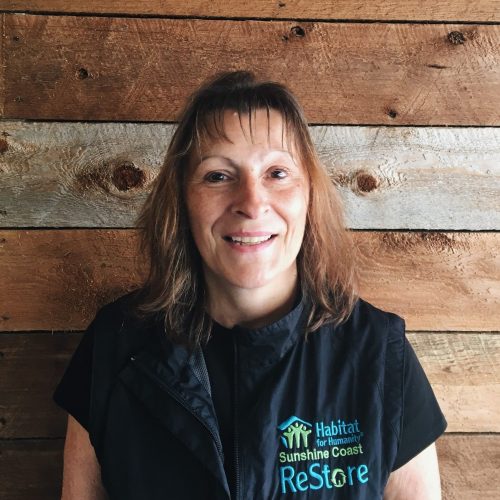 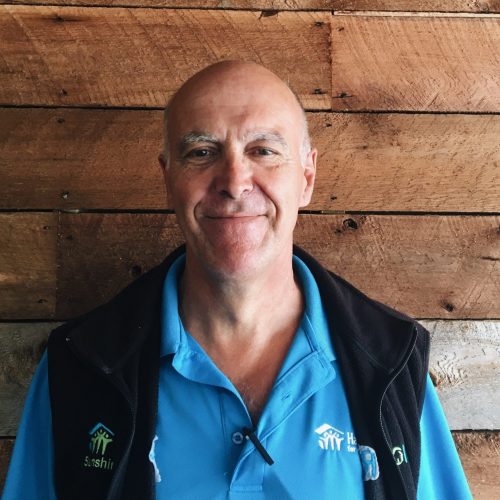